Qui Nguyen is an award-winning playwright, screenwriter, and Co-Founder of the NYC-based Vampire Cowboys. He and his work, known for its innovative use of pop-culture, stage violence, puppetry, and multimedia, has been called "Culturally Savvy Comedy" by The New York Times, "Tour de Force Theatre" by Time Out New York, and "Infectious Fun" by Variety. 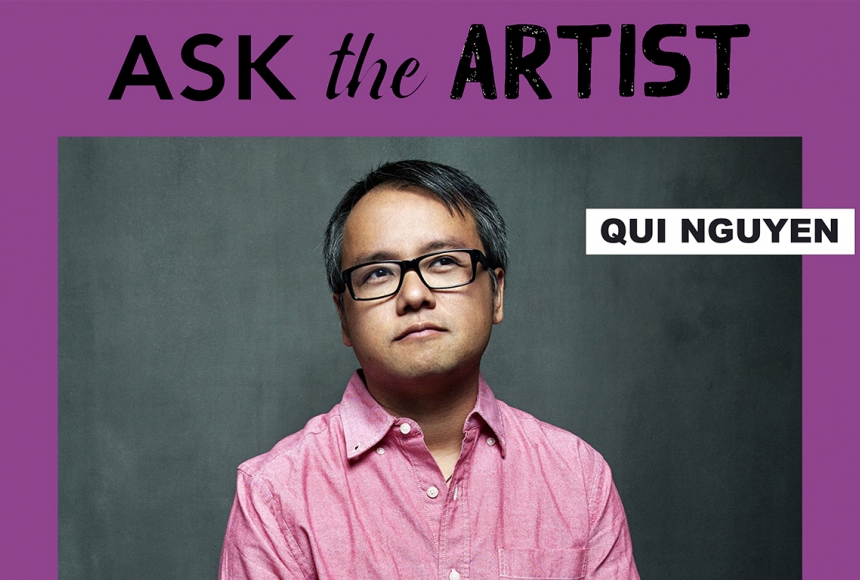 Two of his most popular plays, Vietgone and Poor Yella Rednecks, are both set in El Dorado and creatively retell his parent's love story and their lives in America. His play, She Kills Monsters, was the seventh most-produced play in high schools and colleges in 2019. For TV/Film, Qui's written for Dispatches from Elsewhere (AMC), The Society (Netflix), Incorporated (SyFy), Peg + Cat (PBS), Marvel Studios, and currently works as a screenwriter for Walt Disney Animation Studios.

Recent notable awards include a 2016 Daytime Emmy, 2016 Steinberg Outstanding New Play Award (Vietgone), and the 2019 Arkansas Porter Fund Literary Prize which is an award presented annually to an Arkansas writer with a substantial and impressive body of work that merits enhanced recognition. He graduated from El Dorado High School in 1995 and is a proud student of Delaine Gates.